is a community-based arts program offering local young people the opportunity to use theater and visual art as a tool to respond to an environmental concern impacting the area in which they live. Over the course of 9 days, 70 young people will work with 3 artists to create an original performance that explores the impact of pollution on Newtown Creek. The youth will build large, processional style puppets and masks to perform the story of the creek: what it used to be like, how it was impacted by pollution, and what a clean creek could offer the local community.

In addition to mastering arts skills, the program will support youth to:
The program is offered free of charge to youth enrolled in a local summer camp in Greenpoint, Brooklyn. Admission to the final celebration in the park is also free and open to the public.

Who is involved?
This project is an exciting collaboration between many people and organizations:

close
This event is sponsored, in part, by the Greater New York Arts Development Fund of the New York City Department of Cultural Affairs and the Decentralization Program of the New York State Council on the Arts, both administered in Kings County by Brooklyn Arts Council (BAC).
Enter the name for this tabbed section: Individual 2012 Supporters

Newtown Creek is a waterway that separates Brooklyn and Queens. Its location made it one of the busiest shipping areas in New York City. The creek became heavily industrialized by the middle of the 19th century, with over 50 refineries of all kinds including oil refineries, petrochemical plants, fertilizer and glue factories lining its banks.

In addition to the industrial pollution that resulted from all of this activity, the city began dumping raw sewage directly into the water in 1856. Since that time, three types of pollutants have been routinely spilled into the creek:
In 2010, the Environmental Protection Agency (EPA) declared Newtown Creek a Superfund Site, a designation which supports a wide-scale clean up of the area. According to the EPA’s website, “Various sediment and surface water samples have been taken along the creek. Pesticides, metals, PCBs, and volatile organic compounds (VOCs), which are potentially harmful contaminants that can easily evaporate into the air, have been detected at the creek.” Efforts are underway to remove the pollution and restore this ecological area to provide a safe place for residents and a healthy stream for waterbirds and fish, as well as support the businesses that still work on the edge of Newtown Creek.

Monsignor McGolrick Park is located in Greenpoint, Brooklyn. The park opened in 1891. Originally called Winthrop Park after an assemblyman, Col. Winthrop Jones, the park was renamed for Monsignor Edward J. McGolrick, pastor of St. Cecilia's Roman Catholic Church in 1941. The park's Shelter Pavilion (1910) is a monument to the USS Monitor ironclad ship. West of the pavilion stands a bronze winged victory figure created by Carl Augustus Heber in 1923. The monument honors those residents of Greenpoint, Brooklyn who fought in World War I. The statue depicts a female allegorical figure, holding aloft a modified laurel, a symbol of victory, and in her right hand supporting a large palm frond, a symbol of peace. The granite pedestal is inscribed with the names of battle sites in France. 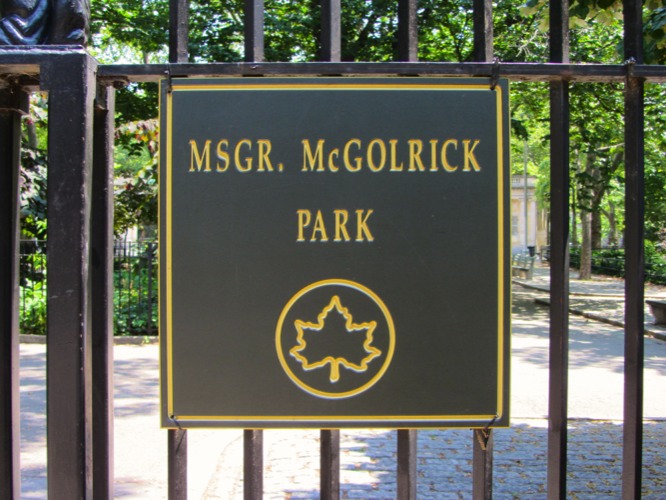 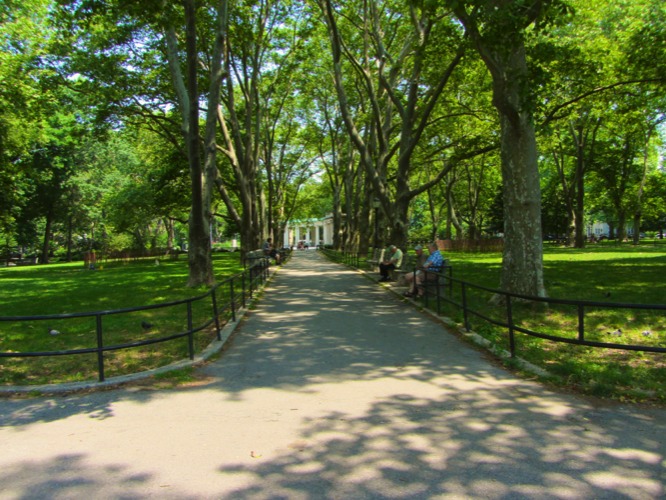 Walking into the park 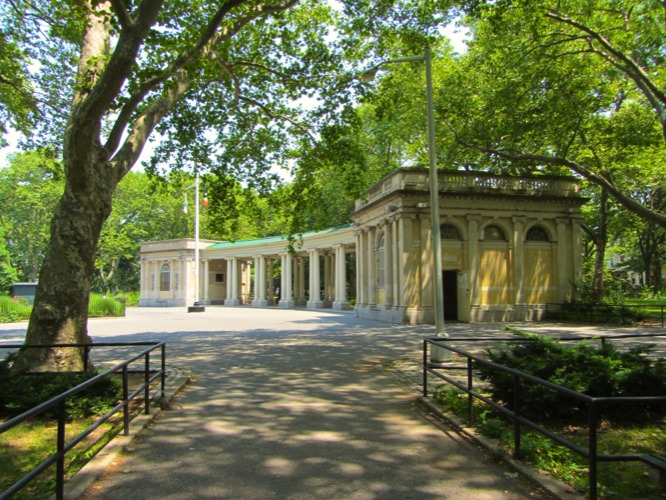 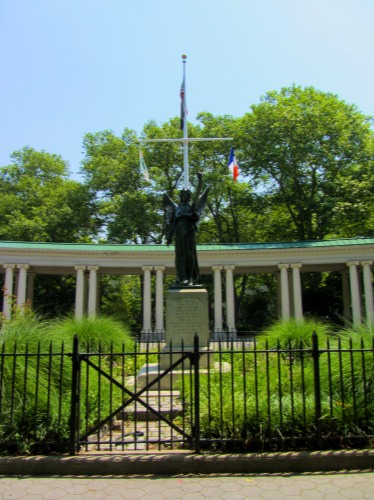 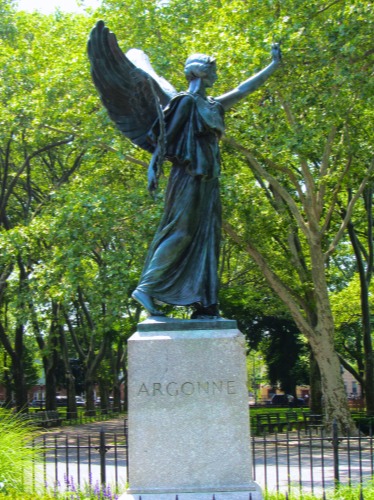 A great place for pigeons to hang out 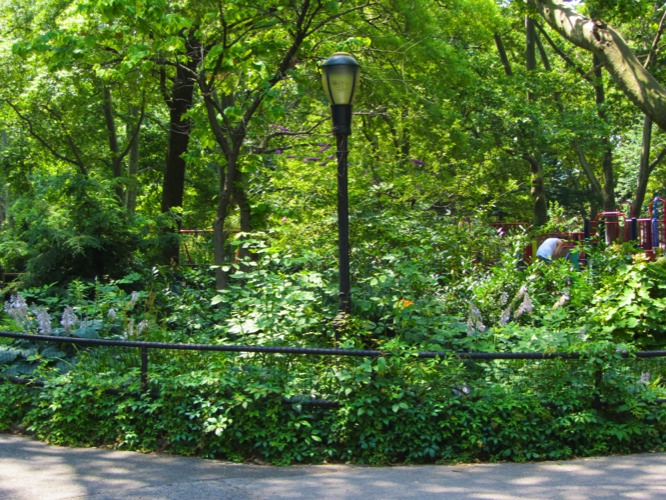 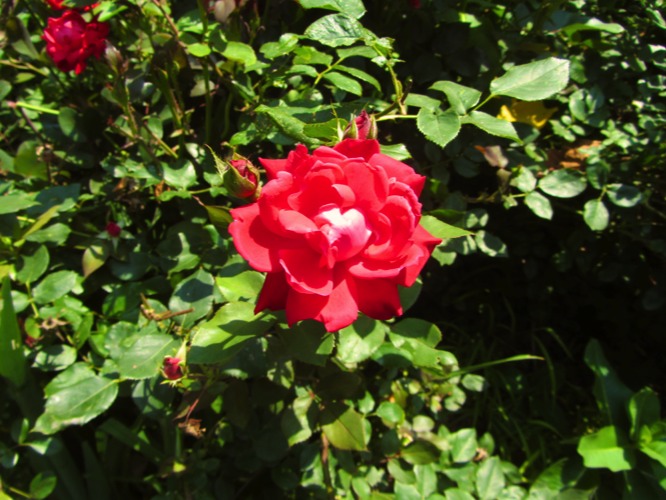 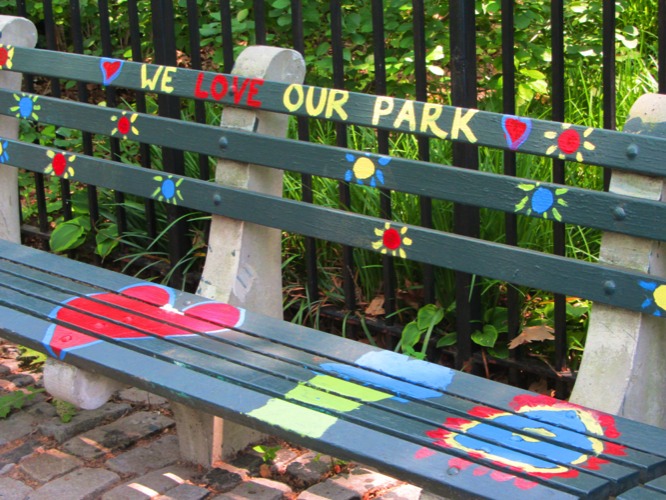 We love the park too! 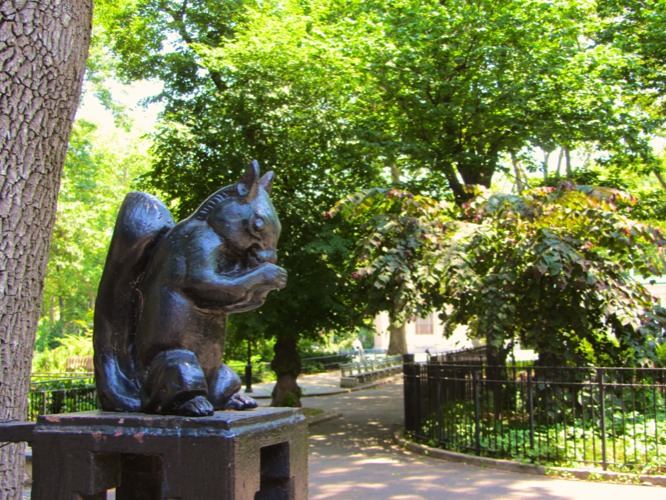 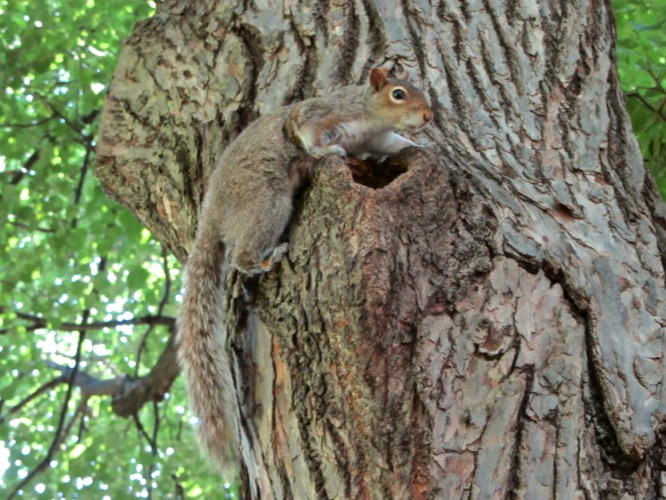 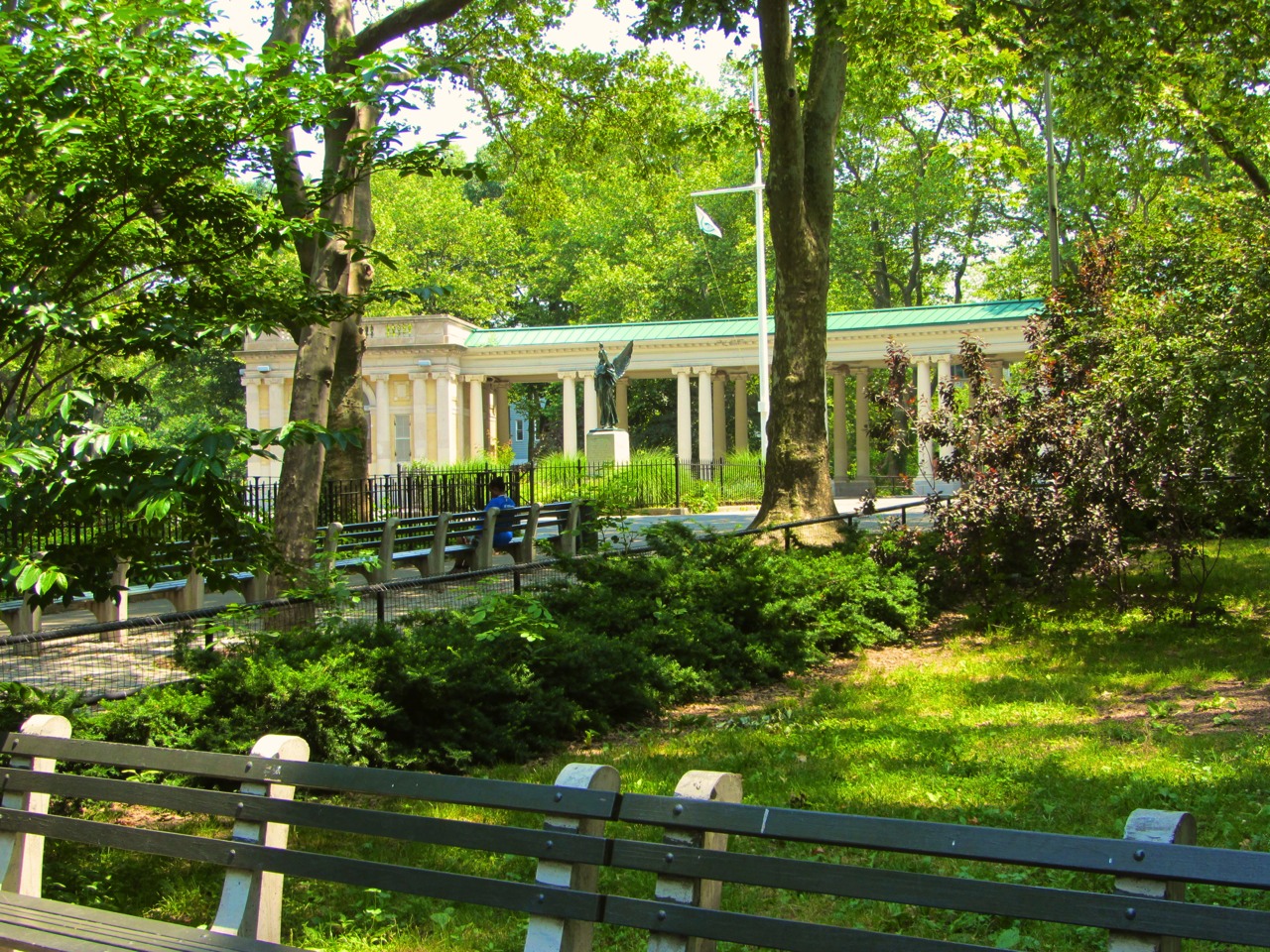